Robocalls are automated, prerecorded calls. They became a problem in the late 1980s. To address this issue, legislators passed the Telephone Consumer Protection Act in 1991. Much time has passed since then, but the problem has only become more extreme. According to the Forbes report, Americans received 58.5 BILLION robocalls in 2019 alone. That's almost two hundred robocalls per American!

How do telemarketers and spammers know my number?

Many telemarketers get your number by researching publicly available datasets. Your city or county may publish construction permits, assessor records, or licenses that contain your name and phone number.

Are all robocalls considered spam?

No, not all of them. Some states allow automated calls from political parties and charities. You can also receive automated calls related to appointments (for example, your doctor), meetings, etc. They are not considered spam.

I received a spam call. Where can I report it?

First of all, you need to make sure that the call you received was from a company to which you did not give your consent to receive robocalls from. Sometimes the contract you sign with a company includes a clause that gives the company the right to call you. If this is not the case, then it's recommended to file a complaint with the FCC (Federal Communications Commission). You can do this here:

What about the Do Not Call register? Does it work?

DNC is your first step in the fight against telephone spam. The registry was established in 2003 to protect consumers from unwanted telemarketing calls. Add your phone number to this registry. Law abiding telemarketers check their list of numbers against the DNC list to avoid making unwanted calls.

Unfortunately, not all telemarketers respect the law. Many calls are made from outside of the USA. Scammers use spoofing technologies to mask or hide their own numbers.

Can my carrier help me dealing with robocalls?

Many carriers offer their help:

The answer is yes. You need to install one of the apps developed by third party developers. We cannot provide specific recommendations, but be sure to check the following apps:

Someone constantly calls me. How can I block them? 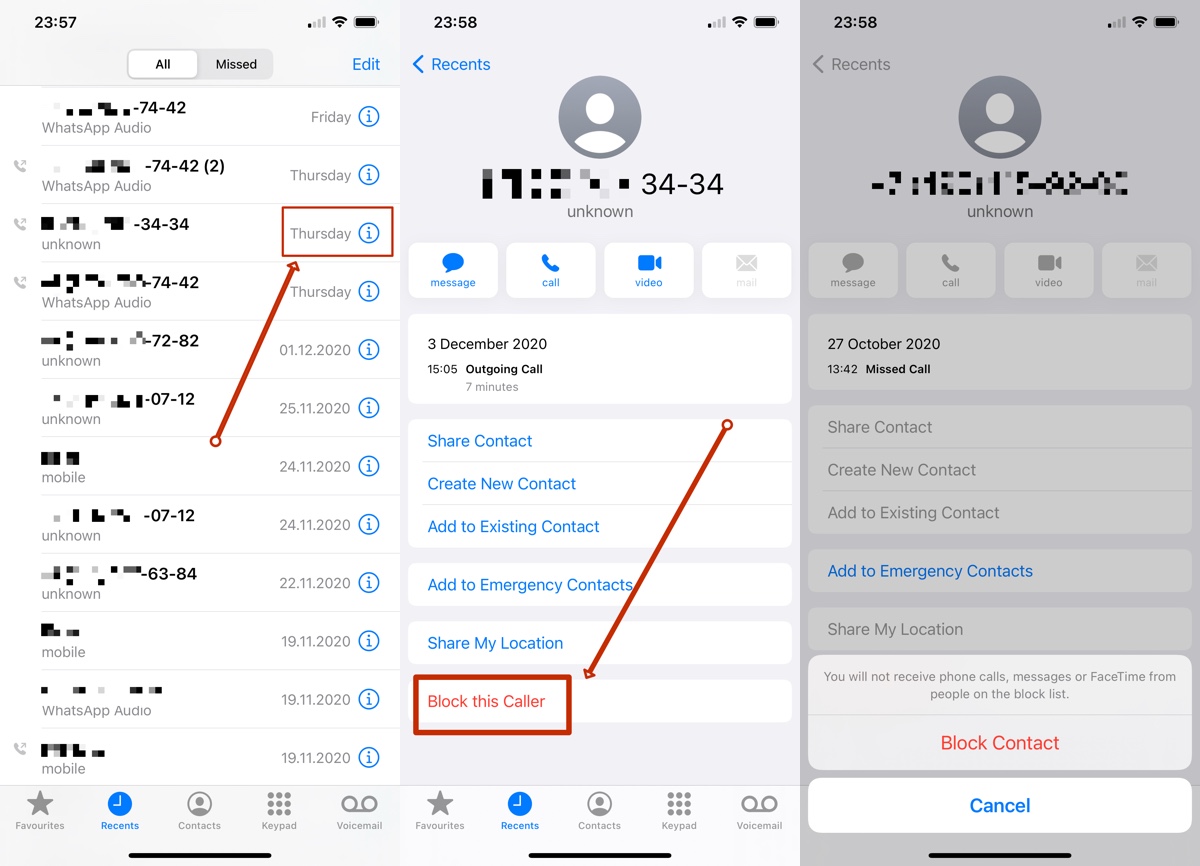 Can I create a sort of allow list and block all other numbers?

You cannot do this. But there is another option. You can silence all calls from unknown contacts. If you use iPhone:

Now all calls from callers not listed in your address book will be silent.

iOS and Android operating systems offer a Do Not Disturb feature which can be used to silence calls. Create a Favorites list for your friends, family, and coworkers. Enable DND mode. Now all other calls will be silenced. You will still hear alerts when your close friends call you. Read more here: support.apple.com

BONUS tip. If you received an unwanted automated call from a US company, you can get paid. See the report below: